ICYMI: Why Young Adult Books are so Addictive: Then and Now By Christine Bailey 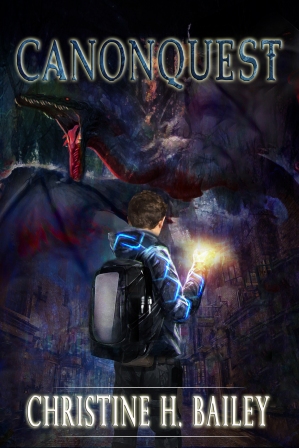 If you haven’t read J.D Salinger’s The Catcher in the Rye, you’re missing out. Arguably the first young adult novel, Catcher sets the stage for other teen protagonists dealing with the adolescent angst we’ve come to love in today’s novels. Or maybe the first YA novel was Maureen Daly’s Seventeenth Summer. Either way, I don’t think you’ll be disappointed by taking a trip back in time—with either book. You might even realize, like I did, that these teen worlds are not so different from ours today. Okay, so they didn’t have cell phones and social media back then, but they did have love and heartbreak.

I recently had the chance to sit down with a few teens and discuss this book with them. Here’s a comment from Lauren about the protagonist Holden Caulfield as an outsider:  “Holden, though likeable, isn’t always tolerated well by the people in his life such as his roommates and the kids at school. Along with his occasionally annoying personality, Holden is set apart because he doesn’t put forth effort in school. He has attended and flunked out of multiple schools, and he spends most of his time talking about how phony everyone is. Why does Holden act like this? Why not study hard and prepare for the future? He fears the future. He fears growing up. He remembers childhood and the innocence that came with it, unwilling to accept change and move forward with his life.”

Relevant? Relatable? Absolutely! So while Catcher was published in 1951, the themes throughout the novel still speak to audiences today. Plus, it has a great plot, suspense, and a main character you’ll be pulling for until the very last page—much like the good YA books we’re reading today. If you get the chance, read it and compare it to a more recent YA book—let us know what you think. What’s stayed the same? What’s changed? Thanks for stopping by!

Another 3-book Contract With Christine Bailey 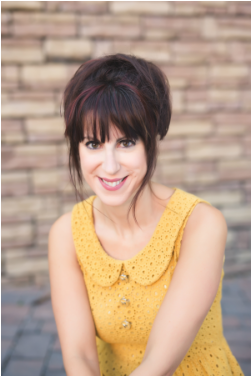 We’re happy to announce that our current author, Christine Bailey, has signed a three-book contract with us for the publication of a middle grade series—The Scroll Wars. The first book, Canon Quest, is the story of a twelve-year-old boy who gets stuck inside an intense video game that’s based on one of his mother’s favorite books.

Christine’s first book with Vinspire Publishing, a young adult contemporary novel, Girl in the Middle, was published in 2013 and was followed by The Broken One, Waking Under Water, and The Letter Project.  Three of Christine’s novels were just contracted for translation and publication in Italy.

We are thrilled to announce the sale of the Italian translation rights of Girl in the Middle , a young adult contemporary novel, by Christine Bailey to Federica Franceschelli of Cignonero S.R.L! 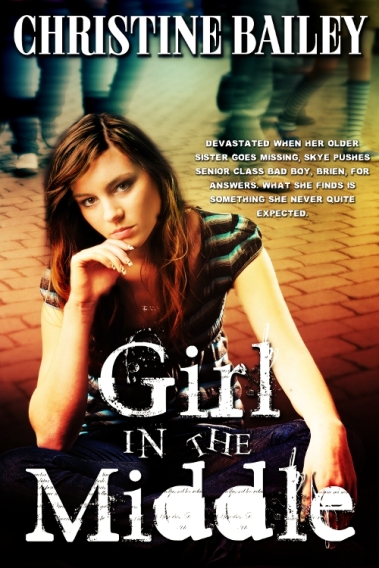 Fifteen-year-old Skye, the middle child, finds herself wishing for a new life-one that doesn’t include daily harassment from the in-crowd at Highland Creek High School. Skye barely survived freshman year. She only did because her best friend, Goose, a semi-popular fellow band geek, was by her side. But when their sophomore year starts, Goose ditches Skye for a new crowd.

Cast into a lone existence at Highland Creek, Skye wishes for a touch of extraordinary that everyone, except her, seems to have. Her older sister, Sara Elizabeth, has it. Goose is getting close to it, and even her little sister is wildly popular in junior high. Skye would do almost anything to cast off her ordinary life…but at what price?

When her older sister goes missing without a trace, Skye gets her wish…but it’s not exactly what she had in mind. And when she questions Bryan, the senior class renegade and also the last person to be seen with her sister, she finds something she never quite expected.

Coming Soon: On the Edge—Book Bundle

If you like young adult contemporary romance, you’ll want to keep a look out for our next book bundle which will be releasing in May. On the Edge includes Girl in the Middle, Waking Under Water, and The Broken One by Christine Bailey. 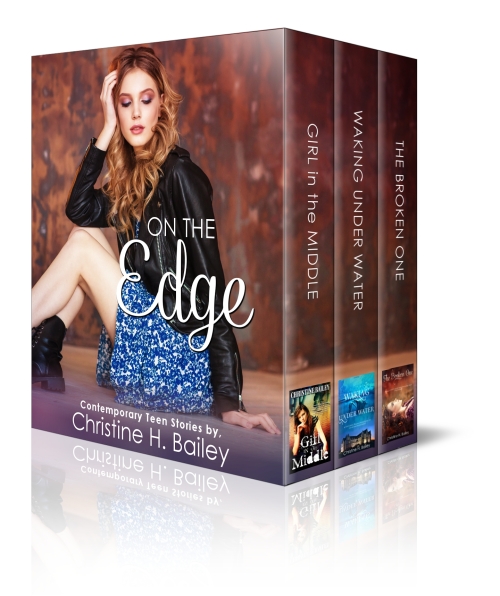 Read an excerpt of Christine Bailey’s new release Girl in the Middle. This “morsel” shows main character Skye Walker in the kitchen with her mom shortly after Skye’s sister goes missing. For the Walker women, baking is therapeutic—it’s their way of dealing with life’s vexing situations. Also help yourself to a delish recipe for Poppy Seed Bread—it’s simple to make and great for sharing!

Mix together all ingredients; beat 2 minutes.  Bake for 1 hour at 350.

Excerpt from Girl in the Middle:

Sunday made two days since we had last seen my sister. Mom and I spent the morning in the kitchen cooking and baking stuff in silence. She had called Aggie and Jimbo, and they were on their way.

Mom kneaded and molded dough on the countertop, and the whole kitchen quaked from the incessant pounding. Timers buzzed and silverware clinked. Mom flitted from oven to stove to fridge to countertop without saying anything. But then again, neither did I. I didn’t know what to say to her.

After a while, the mixed aromas of spices filled the air. The smells of a spiced roast with sage and rosemary from the crockpot blended with the scent of homemade bread seeping from the oven. A pot of beans bubbled on the stovetop. My stomach grumbled.

“Check the oven, will you? I don’t want anything to burn.”

Her blank stare unnerved me. I didn’t want to push it, so I changed the subject. We continued to work in the kitchen, making small talk, and finally, after a full morning of non-stop baking and cooking, I told her, “No more. I’m done.”

I took off the brown and orange apron, spattered and soiled with a mixture of ingredients, and kissed her on the cheek. The next thing I knew, I had curled up in my bed and given in to a much-needed nap.

A loud knock on my door stirred me about an hour later. Mom, zipped up in her red winter jacket, said she and Dad were going to the police station.

“Listen for the phone. Call me if you hear from her. Oh, and Aggie and Jimbo left a while ago from the lake, but I’m not sure when they’ll get here. All that food is in the fridge, if you get hungry.”

She kissed me on the head and closed the door on the way out. After a few minutes, the garage door grumbled shut. I listened as the house creaked from the strong winds outside. Other than that, the only sounds came from the occasional passing car and the heat kicking on every so often. The emptiness in the house upset me, especially with Sophie away at a friend’s house.

I needed a distraction, so I watched a few episodes of Lonely Girl on my computer. I got so immersed in the small scandals, I didn’t even hear the car pull up or the garage door open. But the heavy footsteps on the hardwood knocked me back to Grand Rapids from the sweet life in the Hollywood Hills. Everything came rushing back. I ran over to my window to see if my sister had come home. It wasn’t her vehicle I spotted but rather an unfamiliar white sedan in the driveway beside Mom’s car.

GIRL IN THE MIDDLE coming soon from Vinspire Publishing!

Posted in Authors in the Kitchen

Tagged Christine Bailey, Girl in the Middle, recipe, YA