Leanne Pankuch was recently featured in a guest post on shadow plotting your villain’s story line on TeachingAuthors.com. Leanne is the author of the young adult fantasy, Dragon’s Truth, which is officially six-months-old. (Go to Leanne’s site to enter a contest to celebrate, but hurry! It ends September 30th!) 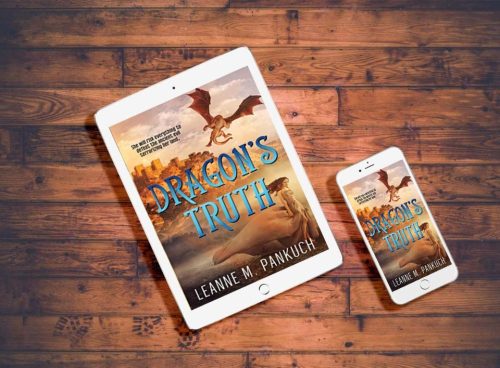 In case you don’t know what shadow plotting is (We didn’t until we read the interview!), it’s plotting the main character’s and the villain’s journey in your writing process. There’s so much more to it than that, though, so you’ll want to go read the complete article/interview. You may find a better way to chronicle the journeys of your lead characters!

Top 5 Reasons You Should Be Following Our Blog

If you’ve been following us on Instagram (@vinspirepublishing), you’ll know that we’ve been doing monthly giveaways. What does that have to do with our blog? We’re starting the giveaways here as well. Different prizes and different ways to win, but you have to be following to be included in the drawings!

Okay, so that’s the #1 reason you should be following our blog. What are the other reasons?

2. We let you know here long before we open to submissions. So if you’re a writer looking to submit a book to us, then following us is a must!

3.  We’re give you plenty of  chances to get to know our authors and keep you up-to-date with the many ways you can meet them!

4.  If one of our books wins an award, you’ll find it here first! Actually, you’ll get the best information about our books right here as we post it here first.

5.  Once a year, we’re going to have a HUGE giveaway that includes books, gift cards, cookies, chocolate, unique gifts, and so much more!

So now that you know the reasons, follow us here!

Our Newsletter is accepting followers!

For the first few years of our business, we sent out newsletters every month. Time passed, and things got in the way. Unfortunately, we let the newsletter lapse. Recently, we’ve rectified that mistake.

In the coming months, we have some exciting things planned for Vinspire and our readers, and many of those changes will be announced in our newsletter first, giving you the opportunity to know in advance, and possibly, win first.

Thanks to Fans Who Sent Me Their Winter/Holiday Fun Pictures! by Terry Spear

The first is of Lucifer–from Down Under! He’s adorable and reminds me of a black cat I once owned and adored! He adopted my black standard poodle as his mother.

Thanks to Lisa for sharing her cat who is one of Santa’s elves! Merry Christmas to Lisa from Australia! 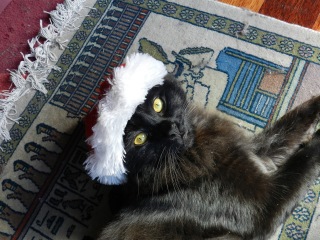 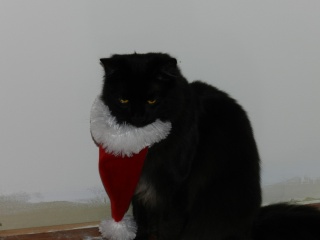 And here’s one funny looking little bad-hair day black squirrel, sent to us by Donna from Minnesota! Some of us rarely see snow where we live, so this is always a treat to me! But these pictures are precious too!

Here is our squirrel, as we get to adopt him too! But Donna, he/she needs a name!

And here is the latest in the YA fae series, The Ancient Fae!

Princess Ritasia misses the adventure of getting her brother and cousins out of trouble, but when the hawk fae king arrives to court her, she becomes involved in trouble nothing like she’s ever faced before.

The hawk fae king, Tiernan, must find a bride, but being a tyrant king, or so his people believe, he must find a woman who would help him to change his people’s view of how he and his queen shall rule.

Princess Ritasia isn’t anything like what he’d envision his queen would be like. Rough and tumble, unafraid of danger, and speaking her mind, the lady might just be the one for him.

The princess believes the king is a tyrant, at least at times. But she discovers he’s not all that he seems, and she wants to learn even more.

The problem is that Ritasia stumbles across an ancient queen’s magical artifact and nothing will ever be the same between her people, his, and what is dug up at the ancient fae dig site.

Today I’m at the following places:

Thanks again to fans who shared their fun pictures with us!

Have a fun day! We’re past Monday! Which sometimes doesn’t matter! I’ve had a week of Mondays before!

Posted on December 2, 2011 by getvinspired | Leave a comment
TGIF!!

At least baby jaguar is celebrating TGIF! Momma jaguar is a little under the tooth….

But back to wolves…

With the continuation of the Blog Tour for Dreaming of the Wolf, today I’m at:

Literal Addiction  (8-10 chat also) Please come because I may be the only one there!!! 🙂 But then again, I maybe so tired after work, I might not even notice. LOL

Alicia Greiston is a bounty hunter that is determined to bring down a mob family. Because of her career choice she has made sure that she doesn’t have relationships with men for fear of them being killed because they are involved with her. All that changes when she meets Jake Silver. Alicia knows it is a very bad idea to get involved with him but she just can’t seem to help it.

Jake Silver took one look at Alicia and was determined to protect her. Luckily for her Jake is a lot more than he seems and knows how to protect himself and her from whatever threats might come their way. Jake’s instincts are telling him to protect Alicia but when they starting having very real passionate dreams together Jake knows that Alicia is more to him than he first realized and now he will show her how a wolf protects his mate.

With the passion that flairs between Alicia and Jake they are going to have to find a way to take down the bad guys and keep themselves safe while dealing with their attraction for each other. Alicia may not realize at first just how capably Jake is at taking care of them both but she is about to learn just what kind of man Jake truly is.

This is a wonderful continuation to a series that is sure to please reader that love werewolves. The premise of this series really makes it stand out in a genre that has a great many wonderful stories in it. The author has managed to write a series that stays fresh and will keep the reader interested and addicted to the series. This will bring back some characters that readers familiar with this series will recognize and get a chance to visit again. This is one worth reading.

And A GHOST OF A CHANCE AT LOVE had a terrific new review also!

Hope you all are planning a lovely weekend! I’ve got to WRITE this weekend!

Have a wonderful Friday! 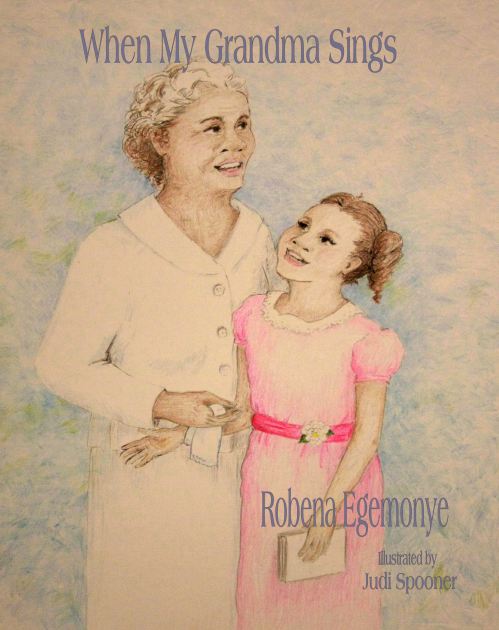 Right now, Vintage Reflections has two giveaways underway to celebrate our latest children’s book release, When My Grandma Sings by Robena Egemonye (illustrated by Judi Spooner). We’ve received a lot of entries in these giveaways which got me to thinking of authors believe this is a good promotional vehicle.

So what are your thoughts? As a writer, do you think it’s worth the cost of two or three books to help get your name out there, especially with so many people have thousands of friends on Facebook?

As a reader, do you enter giveaways because you’re looking for new authors to read, you like to win things, or the book is written by your favorite author?

How much of an impact do giveaways have, and do you think giving away a book is enhanced by the author and/or illustrator’s signature?

Post your answers in the comments’ section and then be sure to enter the two giveaways for When My Grandma Sings. Links provided below.

We’ll be drawing the winner for our three book giveaway on May 15th so if you haven’t checked out our commercial, you still have time to do it! See post below!